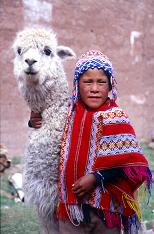 No trip to South America is complete without taking in at least one of its many colorful, vibrant fairs or festivals. Some are small, centuries-old gatherings held in market towns, while others are enormous, week-long extravaganzas spread out over dozens of city blocks. The majority celebrate a religious or other cultural event or else are commercial in nature. All are great fun, a chance to sample local merchandise, and unrivaled opportunities see the magnificent kaleidoscope of the colors, cuisines and customs of South America on display.


Festival - Carnaval (Rio de Janiero, Brazil)
Generally beginning on the Sunday before Mardi Gras and culminating on that Tuesday, the brief but intense Carnaval season in Latin America is a joyous, unrestrained, three-day pandemonium of revelers who make the most of a chance to party non-stop before Lent begins. Celebrations in Bolivia and Brazil are among the most spectacular. In Oruro, the famous Dance of the Devils is the highlight of this mostly folkloric event, while Rio's samba-led festivities need no introduction.


Festival - Mendoza Wine Harvest Festival (Mendoza, Argentina)
The first weekend of every March, Mendoza and nearby wine-producing areas celebrate the Fiesta Nacional de la Vendimia, or the Wine Harvest Festival. The two-week long affair draws attention to the region's usual bumper harvest with wine, food and song. Parades, concerts, traditional dances and a carnival-like atmosphere are the norm until mid-March, when in the city's largest park a huge open-air spectacle of music, games, fireworks, and yes, more wine, cap the festivities.


Festival - Semana Santa (Ayacucho, Peru)
All of Latin America celebrates Semana Santa, or Holy Week, with remarkable religious fervor. One of the most traditional displays is in Ayacucho, Peru. Beginning on the Friday before Palm Sunday and running straight through Easter, the city re-enacts numerous Biblical events, with townspeople forming the cast. The entire week before Easter is a raucous mix of markets, music, food and parties. Many of the moving processions and customs seen here are extinct elsewhere. After Easter Mass the entire town breaks into delirious celebrations all over again.


Festival - Virgen de la Candelaria (Copacabana, Bolivia and Puno, Peru)
The Virgen de la Candelaria, or Virgin of Candelaria, is one of Bolivia's three patronesses. On February 2, parades and parties erupt along lakefront Copacabana in her honor, carrying over across Lake Titicaca to Puno, Peru, which has its own unique celebrations. The festivities here are among the liveliest anywhere, combining Catholic and indigenous beliefs. This two-week explosion of music and dance is an absolute must for those with an interest in regional folklore.


Fair - Otavalo, Ecuador
Otavalo's fair may be the most famous in South America, largely because it is a very authentic affair, and a major commercial event for the region's indigenous peoples. Local artisans are well known for their craftsmanship in everything from alpaca scarves to zinc tableware. Travelers in the area in late June are in for a special treat when the fiestas of Saint Paul, Saint John, and Inti Raymi, the Inca sun god, merge into one huge holiday, with barbecues, parades, traditional dances, and bonfires.


Fair - Pisac, Peru
If off the beaten path authenticity is what you're after, be sure to visit Pisac's wildly colorful Sunday handicrafts fair. The vendors come from hundreds of miles away, decked out in traditional dress, while village officials lead processions after Mass. Incredible finds in Andean textiles and carvings are commonplace here, along with much silver and fine metalwork, and all of this against the backdrop of the Andes mountains.


Fair - Witch Doctors' Market (La Paz, Bolivia)
This is the one fair where everyone will find something to take back no matter their tastes. Very much an indigenous market dominated by Aymara and Quechua peasant women, it remains much as it was when it started centuries ago. You'll hear indigenous languages more than Spanish, and whatever you're after, you'll find it here. Looking for a special amulet, good luck charm or magic potion? In need of a spirit cure or maybe an Inca blessing? They're all here, along with a lot more.