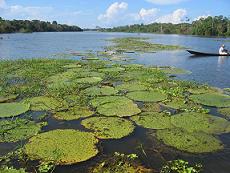 Also know as the region of Amazonia, the Amazon Rainforest is the world's greatest natural resource. It is often described as the lungs of the planet since its vegetation is responsible for producing 20% of the earth's oxygen.

Amazonia is the world's largest tropical rainforest and covers more than half of Brazil. Half of the world's plant and animal species are believed to be part of the diverse ecosystem and many of the species are still undiscovered. The rainforest also has a wealth of healing properties found in plants that are still to be discovered. The Amazon stretches over Ecuador, Brazil and Peru, and each has its own unique landscape.

The Peruvian Amazon is exceptionally beautiful since it is still very close to its natural state. It also contains a vast array of plant and animal life, as well as rare flora and fauna, which make up over 70% of the species on the planet. There are also mountains in the south, allowing you to see the majestic ice caps in the distance as you set off for the jungle.

The Amazon situated in Ecuador is equally beautiful and diverse. Aside from the jungle and enormous ecosystem, you'll also find the Lake Limoncocha, the Sumaco, Reventador, and Sangay volcanoes, and the San Rafael Falls. 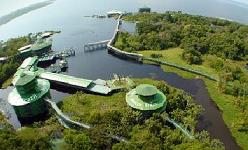 The Brazilian Amazon is huge, as it contains 40% of the world's rainforests. There are many jungle tours offered at the Caratinga Biological Station just outside of Ipanema, as well as the Lake Janauari Ecological Park, which contains 9,000 acres of forest. Close by is the Adolpho Botanical Gardens which feature a huge amount of plants. There are also river tours that take you through the heart of the Amazon.

Sadly, the rainforest is being destroyed daily due to economic demands. In fact, of the 14% of the original rainforest, only 6% remains. An area the size of France has been deforested so far. However, more and more people are practicing the method of sustainable and renewable resources of the rainforest, especially its medicinal plants. This method also helps to raise awareness and the pressing need to preserve this precious ecosystem.

The Amazon Travel Guide:
For all the information about sights in Brazil along with lodging, history, transportation, dining and entertainment visit:
BrazilTravelInformation.com -> The Amazon Overview