The name Patagonia usually sparks thoughts of virgin landscape located in the most remote part of the world. Situated on the southern tip of South America, Patagonia splits Argentina and Chile, with the Colorado River in the South of Argentina between the Andes and the Atlantic Ocean. Patagonia is a very large area, but the main highlights and destinations are described in detail below. 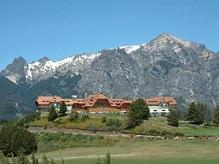 This region makes up the Lake District of Patagonia and is a popular destination because of its stunning scenery of the mountain lakes, the beautiful hiking and sight-seeing excursions, and world-class ski centers. Chile and Argentina are both dominated by the Andes and have numerous border crossings, allowing for access to both countries, most of which begin from the charming mountain town of Bariloche in Argentina. On the Chilean side of this Andes is the town of Puerto Montt, which overlooks lakes Llanquihue and Todos los Santos.


El Calafate, Punta Arenas and Southern Patagonia
This area consists of the north part of the Colorado River, and in the south the Rio Negro Province. The east is flanked by the Atlantic Ocean, which features extensive arid plateaus that are very characteristic of the region. From these plateaus flow the rivers Negro, Neuquen, and Limay, which help irrigate the area. A major highlight of this area is the Torres del Paine National Park, one of the best national parks in the world. Other famous highlights of this region are the Perito Moreno Glacier, one of the few advancing glaciers in the world, as well as the majestic Mount Fitz Roy, the Lenga forests, and the Patagonia ice fields.


Peninsula Valdes and Atlantic Patagonia
The Peninsula Valdes in Argentina is a great place for spotting wildlife, since it is one of the most important marine and wildlife reserves on the planet. Also worth a visit is the Puerto Pyramides, the only village on the Peninsula. It contains a bay that is protected by cliffs full of rare fossils. This region is the most remote of all Patagonia, giving it a variety of virgin landscapes, including archipelagos and fiords in the Pacific along with native forests. 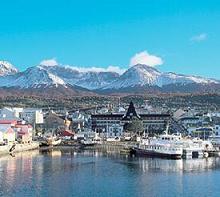 Although not officially part of Patagonia, Tierra del Fuego is a well-known tourist destination for people who love the outdoors. It offers beautiful, rugged scenery, with wild, jagged mountains covered in virgin forests. The town of Ushuaia is Tierra del Fuego's tourist hub, which lies in the far south of the island. From here you can explore the dramatic landscape surrounding the icy seas of the Beagle Channel, which is rich in marine life. Other highlights are the Parque Nacional Tierra del Fuego where you can hike through the tundra and see the pristine lakes and alpine forests, which is typical landscape of this region.

Patagonia Travel Guide:
For all the information about sights in Argentina along with lodging, history, transportation, dining and entertainment visit:
AllAboutAR.com -> Patagonia Overview